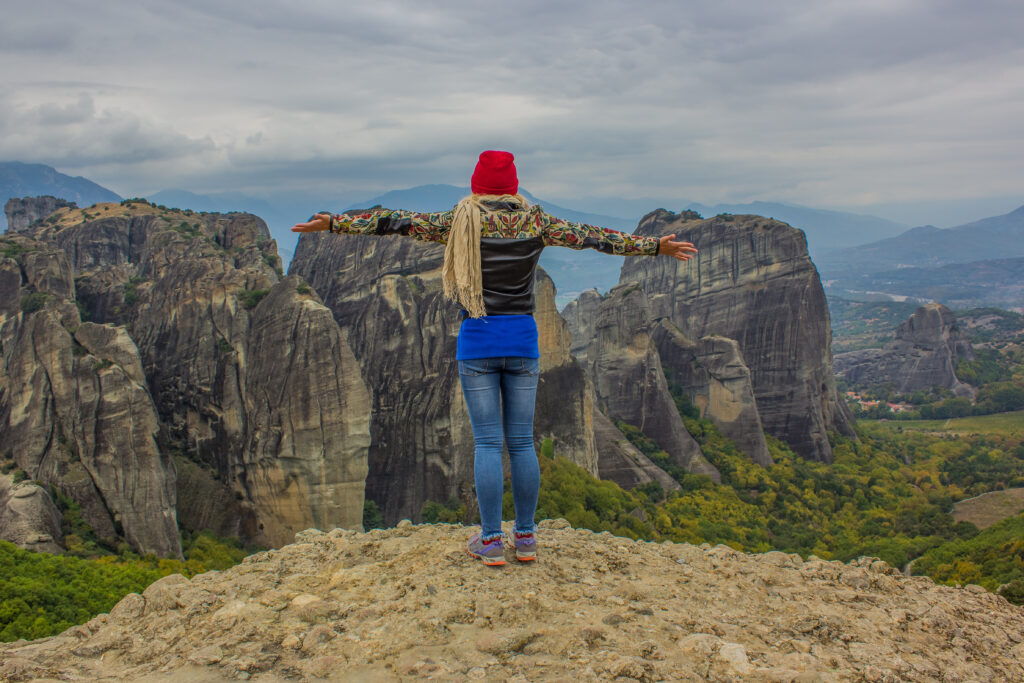 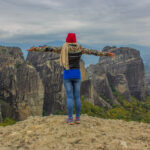 We have gathered all the Meteora Tourist Information you would need for your trip to Meteora and put it in one place. Simple as that!

Appropriate clothing is required to visit the monasteries. Sleeveless clothing and shorts are permitted, as long as you cover your shoulders and knees. Skirts and shawls are available at the entrance for those who are unprepared.

The Monastery of the Holy Trinity has the maximum number of steps, which is 140. The Holy Monastery of St Stephen is connected with a walking bridge, thus making it more accessible than any other monastery.

In each monastery there is an entrance fee of 3 euro per person, payable on the spot.

The formations go back to about 60 million years ago, when a mixture of sandstone and conglomerate were formed during the Tertiary Period. A series of plate movements raised the seabed of what once used to be a surface of sea, creating a high plateau with many fault lines. The powers of water and wind gave the rocks their present shape.

The Monasteries of Meteora may be visited all year round, but the weather is wet and cool from December to March. Crowds and high season rates begin from from July 1st to October 15th. May and June are the best months for comfortable weather, low season rates and the opportunity to explore the area in peace.

The ideal way to experience the beauty of Meteora is by walking! Walking is the only way to see some of the most impressive rock formations in the area just East of Kastraki. It’s worth climbing to the rock of Aghio Pnevma (Holy Spirit), where a little whitewashed chapel has been cut into the rock. From a bell improbably located on an otherwise bare extension of the rock you can look directly down towards Kastraki. It’s also possible to escape from the crowds by heading northwards from the Transfiguration Monastery to Ypapanti.

The opening hours change from year to year, so beware of relying on information in guide books or general web sites. We will try to do our best in keeping the timetable of visiting times and days of the monasteries up-to-date.

Around the monasteries, there are no restaurants or cafes, so it is always a good idea to take some snacks and a bottle of water or refreshments. Don’t forget the appropriate clothing and your camera!

There are hundreds of steps leading to the monasteries so prepare your knees for long hikes. Make sure to bring appropriate shoes and bottled water. The most accessible monastery is The Holy Monastery of St. Stephen, while the one of Holy Trinity is the least accessible. You don’t need special training to tackle the hikes but the fitter you are, the easier it will be for your body (and the less sore you’ll be the next day).

Kalambaka is fairly easy to reach by train or bus. There are two convenient direct trains from Athens, as well as several trains connecting with the main Athens – Thessaloniki line at Palaiopharsala. You may find buses for Athens, or Metsovo and Ioannina, two beautiful areas towards the Pindos mountains. There are frequent local buses from Kalambaka to Kastraki and to Trikala, which is the principal town of the area, 20 mins from Kalambaka. Trikala also has a big bus station for a wider range of bus connections.