Home Adventure Conquering The Great Saint Via Ferrata In Meteora 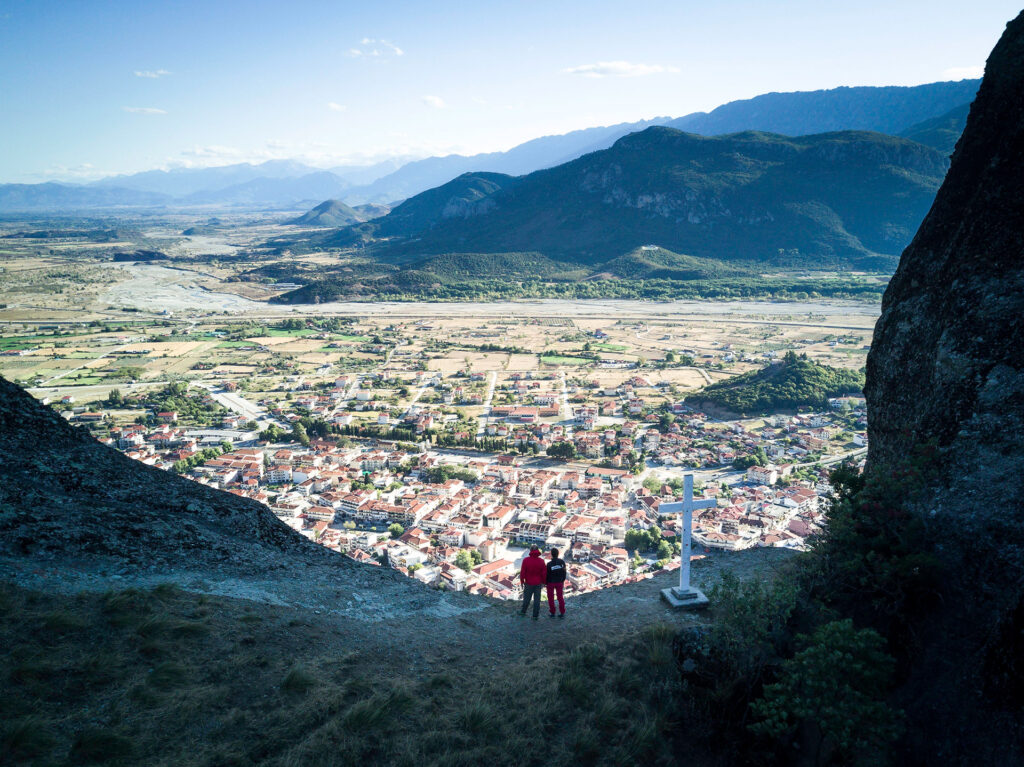 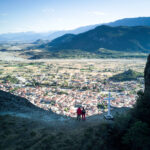 Scrambling and climbing our way to the top of the Great Saint, on the epic via ferrata in Meteora. By our guest blogger Lesh.

“On belay!” The call echoed off the jagged walls towering on either side of me. Alesha and our guide Kostas were out of sight, somewhere near the base of an unseen cliff. A sharp boulder sat precariously on a steep ridge, blocking my line of vision. I felt the climbing rope tension as Kostas took up the slack. I unclipped my carabiner from a secured anchor bolt, stepped out onto the exposed slope, and started climbing.

The summit of the Great Saint loomed above me. 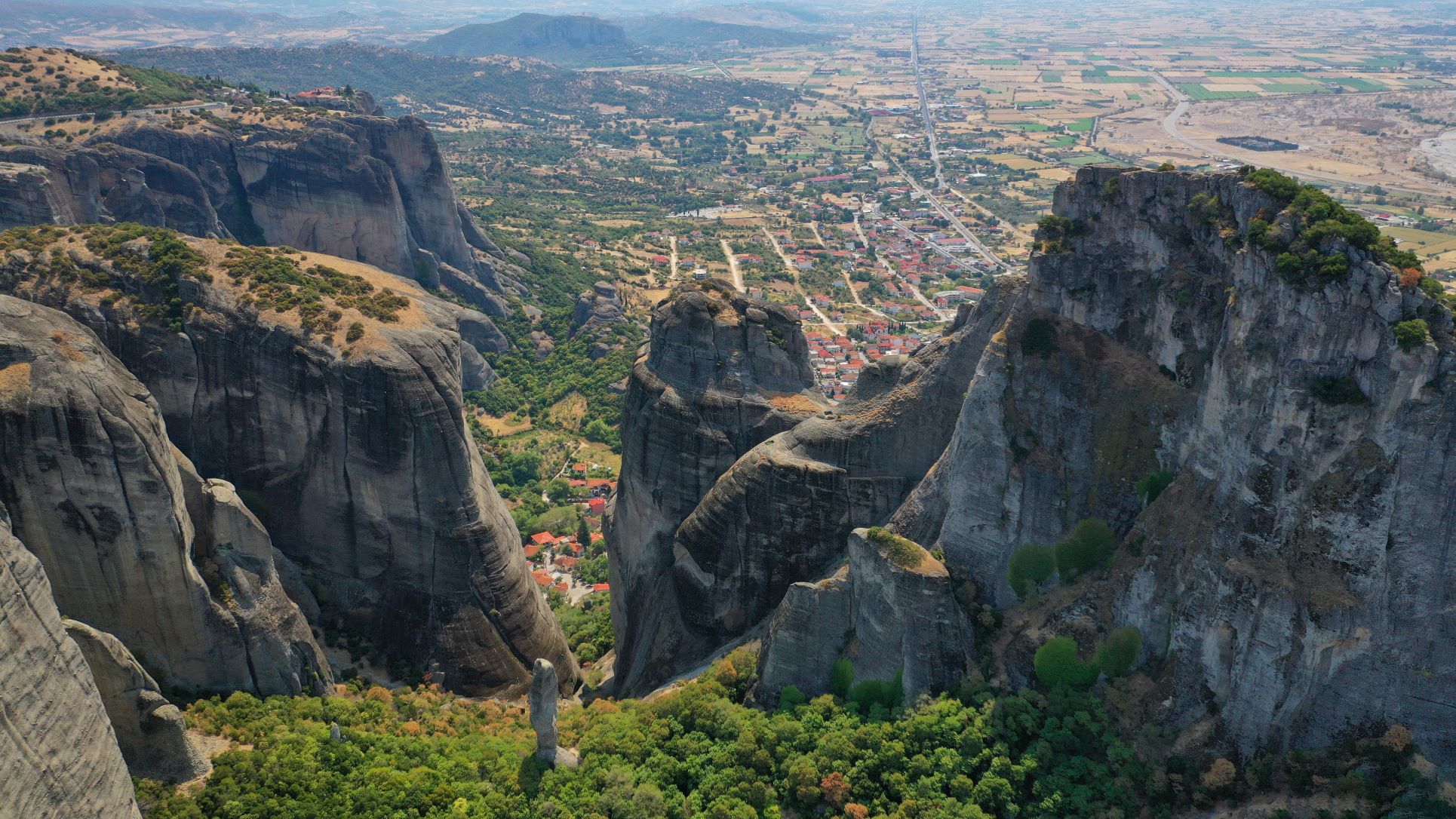 I shuffled and scrambled along the scree, following the snaking rope towards the rest of my team. They soon appeared as I inched my way closer, careful not to kick any loose stones to the bottom of the mountain. Eventually reaching the ledge that Kostas and Alesha were perched on, I clipped onto another bolt, securing myself to the mountain once again.

We were just at the beginning of the prized via ferrata in Meteora. The best was yet to come…

The conglomerate and sandstone cliffs of Meteora have been attracting rock climbers for over a millennia. When hermit monks first arrived in the 9th century, they were drawn to the caves in the sheer pinnacles as a place to seek refuge. They became expert free climbers, ascending and descending the cliffs on a daily basis.

Over the years more hermit monks flocked to the area, establishing a small orthodox community.

In the 14th century, Athanasios Koinovitis from Mount Athos brought his followers to Meteora, and founded the Meteoron monastery. He asked the hermit monks to teach his group the skills required to climb the captivating mountains, to ensure protection from political battles in the area. The attraction to climb the peaks lives on to this day.

24 monasteries were built over the following years, but now only 6 remain in use. Today the monks and nuns use cable cars to reach their places of meditation and worship, but modern-day climbing aficionados still flock to Meteora in droves.

Meaning “suspended in the air”, one glance at the monasteries hanging meticulously on narrow summits, it easy to see where Meteora got its name.

The tallest mountain in Meteora, the Great Saint, remained largely devoid of these monastic wonders of architecture. This did not stop us from wanting to conquer it for ourselves.

While some of the routes are rated as intensely difficult in the rock climbing world, the via ferrata on the Great Saint is accessible to trekkers who are fit, yet inexperienced with ropes and climbing skills. Having not done any serious rock climbing in a few years, we were excited to ease back into the world with this mellow, but beautiful, trek.

We had teamed up with the professional outfit at Visit Meteora to truly discover the region and were loving every moment in the phenomenal scenery. George, the manager of Visit Meteora, had learned that we loved our active adventures, and had decided to book us in for a day of climbing and scrambling to quench our thirst for adrenalin. 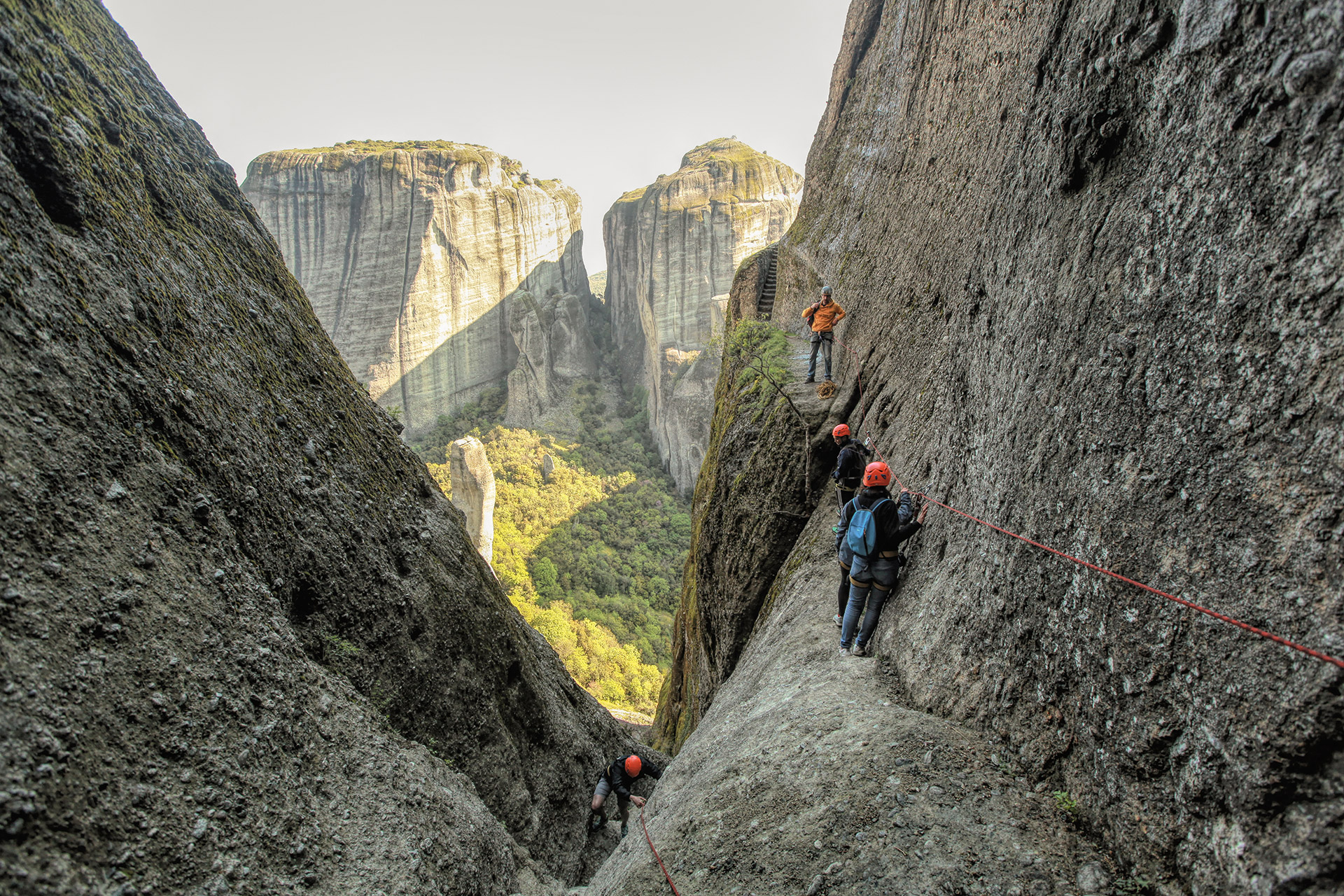