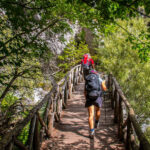 See yourself at the old habitation of the Greek Gods in this memorable hiking tour.

Why to book the Hiking Tour with us

Join this Olympus Hiking tour and see yourself at the old habitation of the Greek Gods in a memorable day! Start from Litochoro and reach an altitude of 2,100m, enjoying breathtaking views!

In 1938, Olympus, the highest Greek mountain, the residence of the twelve ancient gods, was the first area that was declared as a National Park. About 50 years ago a special regime was enforced to protect this unique part of our country.

Into the Enipeas gorge and start from the Prionia place, you walk one of the most famous paths in Mount Olympus. This path is a part of the famous E4 paths. The E4 European long-distance path or E4 path is one of the European long-distance paths starting in Spain at its westernmost point and finishing in Greece. After 3 hours walk, we climb to the Spilios Agapitos Refuge in 2.100m altitude. From there we enjoy the view of the highest pick of Greece, Mytikas 2.918m.

From 1400 to 2500 m we have the cold-hardy conifers zone in which the conifers start to appear with the rare pine Pinus heldreichii being the most predominant. It appears from 1100 m, replaces the black pine gradually and creates an unmixed with any other trees forest up to 2000 m.

In this particular zone, we also have shrubs and grass plants, while the flora includes many endemic species of the Balkans.

Frequently Asked Questions About This Tour

What if it rains?

All our bus tours run regardless of weather. If we are forced to cancel an activity because of extreme weather conditions, you have the option to change date or switch activity or cancel and receive a refund.

How late can I make a booking?

You can make a booking with us literally at the last minute! Just keep in mind that there may be no seats left on the tour if you do that! We recommend booking at least one week in advance, in order to have the best chances of finding availability.

Which tours can I join on the same day?

CarlosLluch

Read More
We did both a private tour and a sunset group tour, in addition Travel Meteora arranged the train tickets from Athens and the pick up from and back to the train station. The tours were informative, professional, the monasteries are impressive, the culture and tradition are rich, the views are magnificent and the landscape is spectacular.

Julie S

Read More
Wow! Book this trip with this company-you will not be disappointed!! We took the Half-Day Tour and the Sunset Tour. As advertised, they covered different monasteries. The driver knew exactly where to stop for the best pictures and navigated the winding roads beautifully. The guides were engaging and thorough in their knowledge. We were appreciative of the complimentary cold water, the air conditioned small bus, and curb side pickup at the hotel. We have several friends traveling to Greece soon and we recommended this company to them.

Jayne and Barbara

Read More
Our trip to Meteora was organised by VisitMeteora company. They were exemplary. All pickups were punctual, vehicles were safe and immaculate, drivers careful and courteous and the guide Vasilis was thoughtful, and provided relevant information in an interesting manner. In addition, on arrival in Meteora we had an emergency situation and the office staff and manager couldn't have been more helpful. We have traveled extensively and we believe this company is everything and more that a traveler could want.
Previous
Next 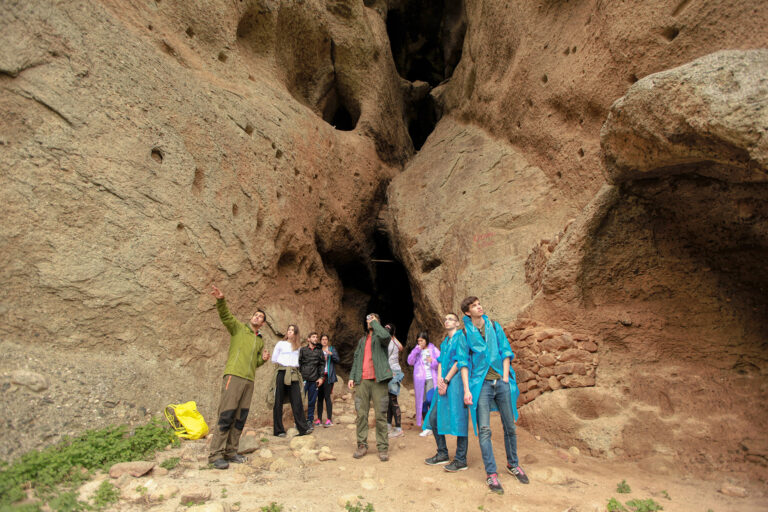 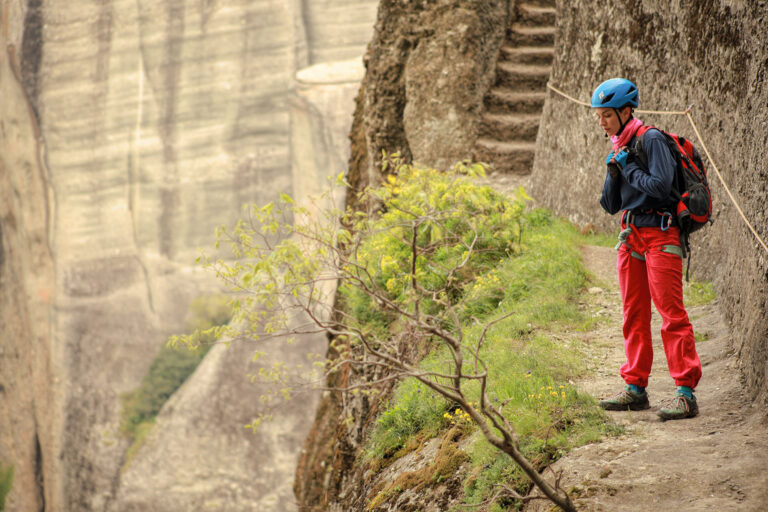 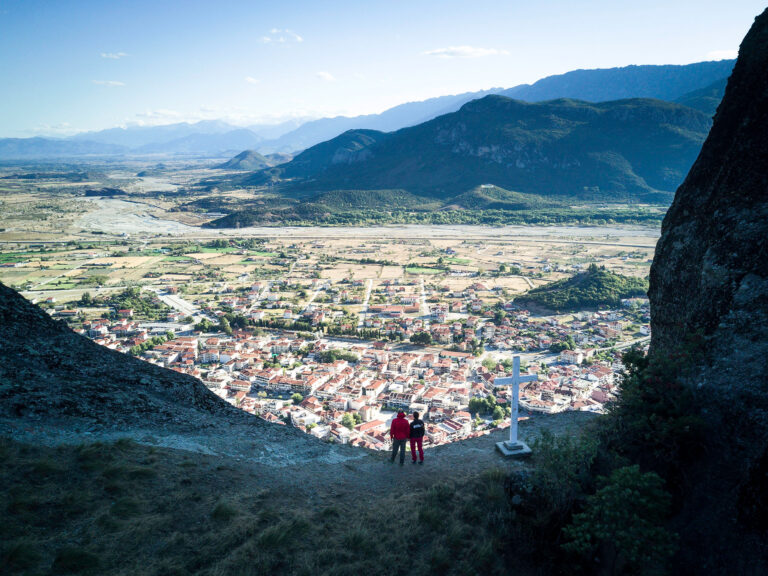 March 2, 2016
By Kostas Chasiotis
March 23, 2022
Scrambling and climbing our way to the top of the Great Saint, on the epic via ferrata in Meteora. By our guest blogger Lesh. “On ... 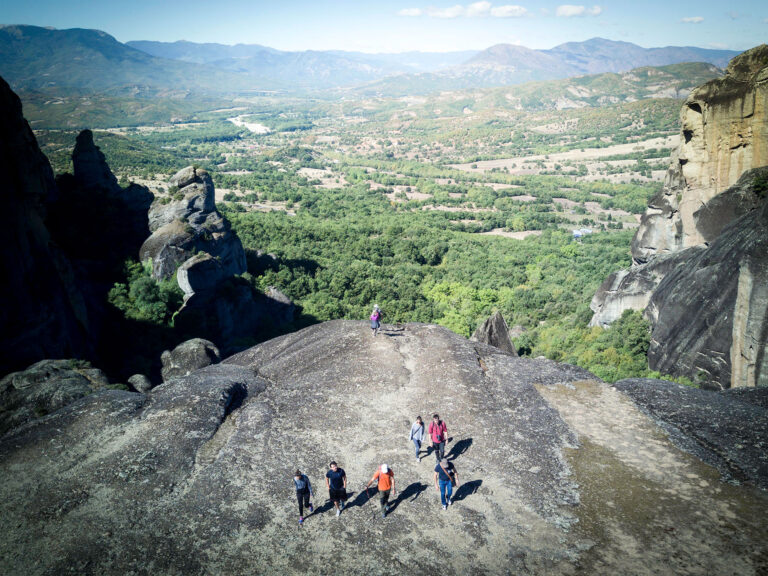 March 5, 2019
By Vaggelis Kourelis
March 3, 2022
Among the best things to do, without a doubt, is to join a hiking tour of Meteora. Even more so, in the Springtime when nature is at ... 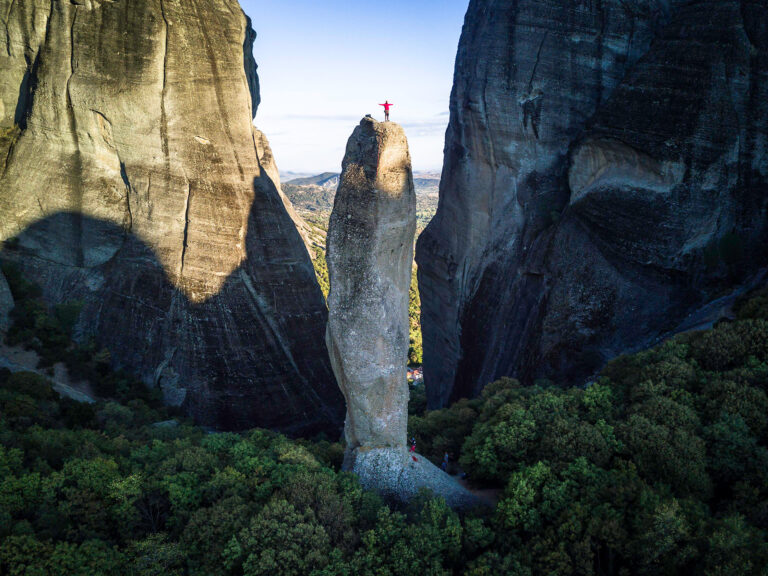 March 30, 2019
By Kostas Chasiotis
March 3, 2022
Engage in Adventures and Outdoor Activities Meteora creates the perfect setup for people to engage in awesome adventures and outdoor ...
From: $250