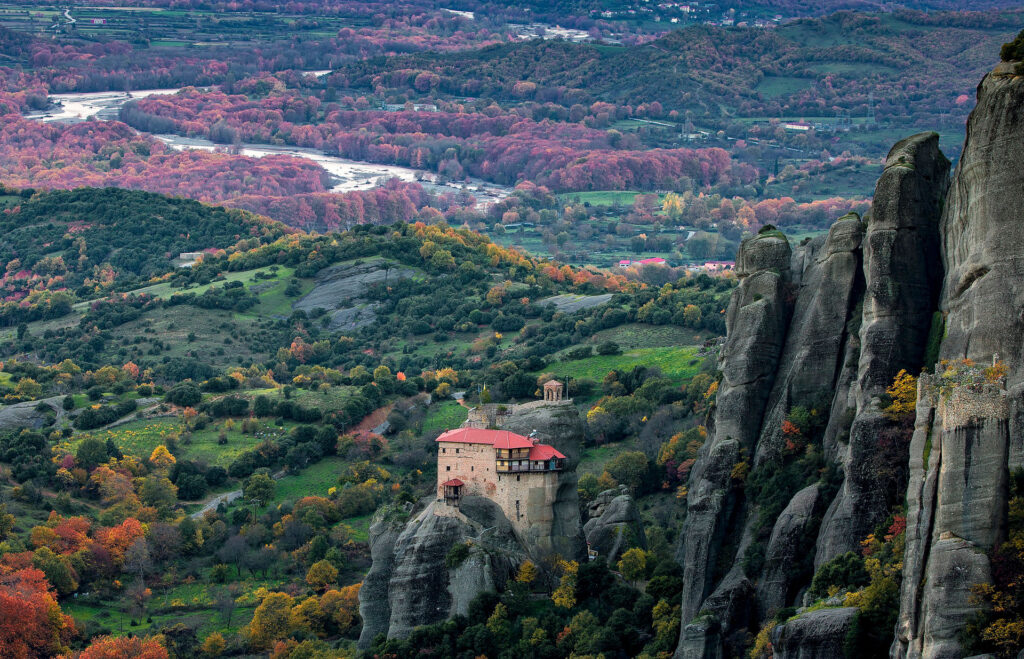 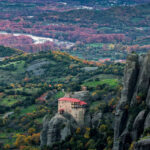 The Holy Monastery of Saint Nicholas of Anapafsas is the first Monastery that we encounter on our way to the Holy Meteora. The monastery is only a short walk from Kastraki village just 1km away. For the name “Anapafsas” there are numerous interpretations two of which are the most popular.

The first one is that the name “Anapafsas” was attributed by one of the monastery’s benefactors, while the second explanation has to do with the monastery’s position being the first to be encountered on the way up to the other Meteora monasteries, and probably served to the pilgrims and other visitors as a resting place before continuing further up. Resting translates into Greek “anapafsys”. So, Saint Nicholas of Anapafsas literally means Saint Nicholas the one who rests you.

We have to keep in mind that back then there weren’t any hotels or rooms to let, so all travelers usually had to either camp outside or seek shelter to places like monasteries or even on common people’s houses. That’s why for the ancient Greeks one of the biggest blasphemies of all was to deny to provide “philoxenia” for shelter to any traveler asking for it.

The monastery itself was built on an 80 meters’ high rock and is surrounded by the deserted and ruined monasteries of Saint John Prodromos, the Pantocrator and the chapel of Panagia Doupiani. The Monastery of St. Nicholas Anapafsas was founded at the end of the 14th century. The limited surface of the rock forced the building of the monastery to be built vertically on floors, one level on top of the other.

Access to all monastery’s different floors is achieved through an inbuilt staircase. At the entrance of the Monastery lie the Church of St. Anthony and the crypt where codes and the monastery’s heirlooms were previously stored. On the walls, paintings of the 14th Century can be seen. The Catholicon, where St. Nicholas is honored, is on the second floor and it is elongated and stuck on to the south side of the wall of the monastery. The dome of the church is low and has no windows.

On the third floor rests the Holy Table, decorated with murals. The Table, recently restored, is used as a reception area for the visitors. There is even the ossuary, the cells of the monks and the chapel of St. John Prodromos. Since space is restricted and there is no courtyard, the monks could only gather in the narthex, which was roomy, when there were no liturgies in the nave.

The monastery and the current Catholicon of the Monastery were renovated in the early 16th century by the Bishop of Larisa Nicholas, Saint Dionysus and the Abbot of Staggi, Monk Nickanoras. There are portraits of the founders painted in the narthex of the Monastery. The 1527 AD the hagiography of the Monastery was completed by Theophanis the Cretan, who is included in the most significant hagiographers and frescoes painter of the Mount Athos’ monasteries and Orthodoxy in general. 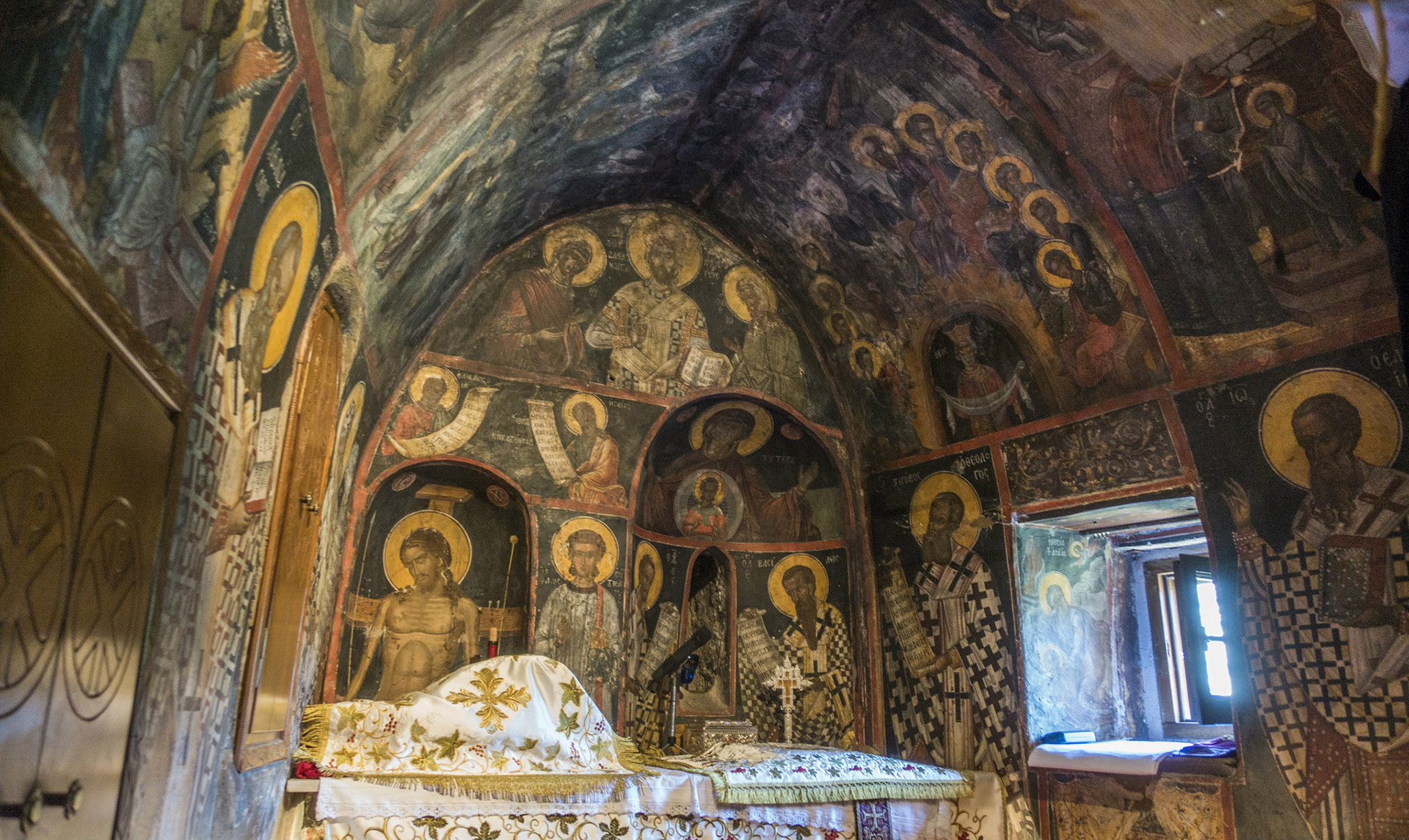 His exquisite murals are considered to be the best in Meteora and render the monastery a true gem, abounding in vitality, plasticity, freshness and bright tones. There is also a notable overall high quality and excellence in the design and color of the figures painted by Theofanis the Cretan. The rules and the aesthetic principles of the Cretan mural school have been formulated here. The monastery has been closed and without monks since 1909. That year, N. Veis paid a visit to the monastery to record the existent manuscripts. He discovered 50 codes that were transferred to the Monastery of the Holy Trinity, where they are still kept today.

In the 1960s, the monastery was reconstructed and restored under the supervision of the 7th Inspectorate of Antiquities. There has also been the maintenance of the murals, which regained their old splendor.