Home Historical The people and the stories of Meteora 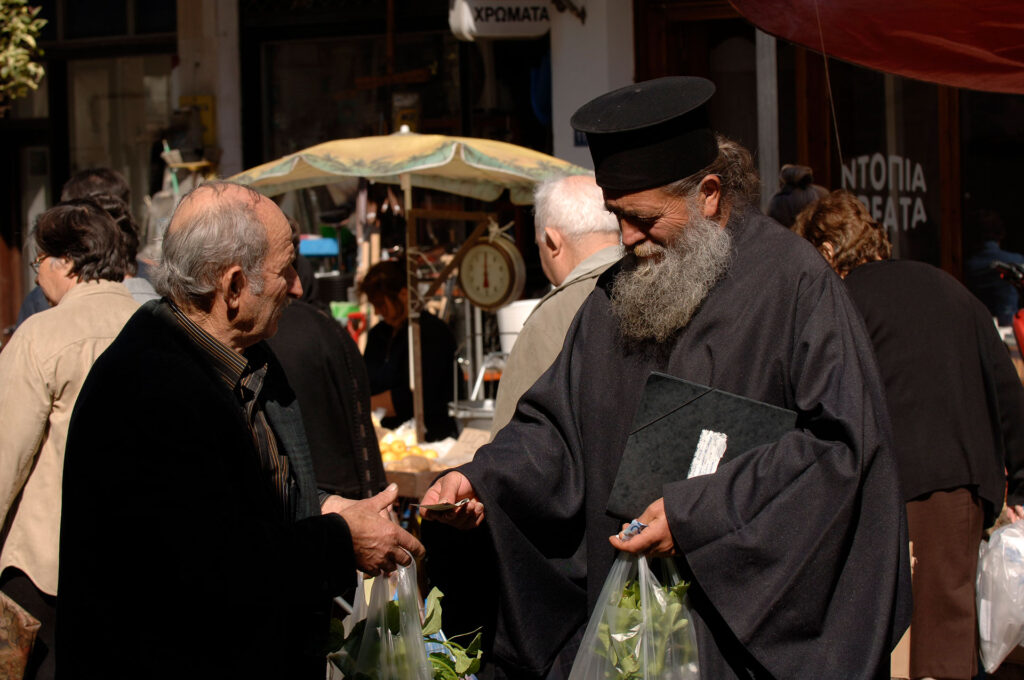 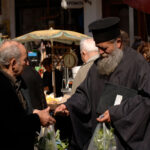 We believe Meteora, is such a highly rated touristic attraction in Greece, not only for the beautiful landscapes and the ancient monasteries perched high up on the cliffs. What makes Meteora so unique is this rare collaboration between man and nature, working in harmony to paint together on this surreal “canvas”. It’s the people behind over many centuries, who achieved great feats in this incredible natural environment. These people and their stories through the different ages are what shape us into who we are today!

The builders, the craftsmen and the farmers, the soldiers, the monks and all the rest of the anonymous people, living and dying for thousands of years under the shadow of these giant cliffs. Those are the people who shape their surroundings, working sometimes alongside and other times against nature’s grand forces. Constantly struggling to preserve the memory in the monuments and the stories, they leave behind.

Going back into Meteora’s deep past, there is always a threshold where history blares into legend and legends turn into myths. Right on that borderline, Homer became the first story-teller of our people in his famous saga the Iliad. Our ancestors from Trikka, Ithomi, and Oichalia more than 3000 years ago sailed with 30 ships to fight in the Trojan War

Led by the two young princes Machaon and Podalirius, both sons of demi-god Asclepius the “father of medicine” and a son of god Apollo! Our people who latter witnessed the collapse of the Mycenean bronze age civilization, and the following dark ages of the geometric times.  During the Archaic period and on to the Golden Age of classical Greece they formed their city-state under the name of Histiaeotis.

People of my place produced coins and built a temple dedicated to god Apollo on the present-day church of Virgin Mary in Kalabaka. Our ancestors contributed many of their horses to form the fierce Thessalian cavalry. Becoming the finest cavalry of Hellenistic Greece, riding and fighting alongside Alexander the Great.

Under his commandment, my people fought and died on the battlefields of Granicus River, Issus, Gaugamela. Chasing Alexander’s dream to subdue the great Persian Empire. These proud Thessalians stood alongside their great King. They followed him from the deserts of Egypt to the Hindu-Kush high mountains. With Alexander, they reached to the edges of the known world gazing at the doorsteps of the Himalaya Mountains. Centuries later, the people of Meteora saw the countless Roman legions proudly marching down on the banks of the Penios river. My people tried to resist but it was the turn for the Romans now to conquer the world.

A new religion emerged and the gods of the old slowly fainted forever into oblivion. The names of shrines and the old rituals all changed with new and their temples turned into churches. But even then, what was considered to be new it was largely based upon the same old stuff. The recycled marbles, the reliefs and the stones of the ancient temples became the building material. The same people who once made the magnificent ancient temples of Greece, they were now building Christian churches and monasteries to worship the One true God.

And the Dark Ages came again and new Empires and nations rose from the ashes of the old to dominate the world. The Byzantine Empire, the Franks, the Parthians, the Slavs, the Arabs, they all came and went. Constantly breaking and smashing upon the giant cliffs of Meteora like the sea waves in the tides of time.

Helped by the locals, the first monks manage to climb high above the ground to build their monasteries on the barren rocks. For centuries our people provided food and shelter to many Byzantine Emperors and the pilgrims. Many of them came from faraway places to pay their respects to the holy men who dwelled on the cliffs and in the caves of Meteora.

These holy men, the Christian monks, and the hermits of the Orthodox Church lived in isolation with disregard for their biological needs. Neither cold, nor hunger, or disease will interrupt their preyers. Their only true purpose in this life was to connect with the Divine Light, to attain enlightenment and paradise for the afterlife. Nothing else mattered for them!

Imagine what kind of spiritual giants and unknown Saints lived among my people! Many of their hermitages are still present today. Recognizable to us by the ruins laying still inside many caves of Meteora. And in the years when crops failed and the monks suffered from famine, it was the locals who helped them, providing whatever they needed to sustain themselves.

And as time goes by, one Age will give way to another in this cyclical passing of time, changing everything on its path. By the 15th century, the Ottoman Turks quickly emerged as the new overlords in the area. The name of our town had to change yet again from Staggi to Kalabaka! “Kale-bak” in Turkish means a strongly fortified position and we gave them a very good reason to do so.

With over 4 centuries of dreadful Ottoman rule, thousands upon thousands of our people perished in the numerous persecutions or during the local uprisings. Like in the one that took place in 1808 when Efthimios Vlahavas the leader of a local revolt, gave a hopeless fight for freedom against the overwhelming numbers of the Ottomans. The final battle was fought outside the monastery of Ypapanti.

Today the visitors can see his statue standing beside the Ypapanti monastery to commemorate the battlefield and his sacrifice for the freedom of our people. A few decades later in 1854, during the Crimean war, another revolt of the locals broke in Thessaly. A decisive battle was fought in the town of Kalabaka, named still Stagi at the time.

The local militia under the leadership of Christodoulos Chatzipetros of 9.000 men took positions to defend their hometown from a force of 10.000 Ottoman troops marching against them bringing many artillery pieces.

After 4 days of fierce battles, the locals were able to achieve a decisive victory inflicting many casualties to the Turks and their Arab allies!  The region of Meteora with the rest of the Thessaly was finally liberated from the Ottoman rule in 1881!

And it was this deep love for freedom during the 2nd World War, which made our people enter the fight. Without help, we stood alone and fought the invading forces of the Axis Powers for six months. Ordinary people of Greece faced the invading armies down in the valleys, on the snowy picks of Pindos mountains, in the air, in the seas, the fought hard everywhere they could.

People from the region of Meteora distinguished themselves in the decisive battle of the anonymous hill 731, during the Italian Spring Offensive. Less than 700 men of the II/5 Thessalian battalion stood up against the onslaught of an entire Italian Army Corps of 100.000 men. And from those 700 men less than half survived the offensive. And yet despite the overwhelming odds, despite our people being vastly outnumbered and outgunned, somehow they manage to hold the line. But the price they had to pay was heavy indeed.

Men who survived the war told stories of strange sightings they had during this battle. Many of them felt alongside them in the trenches stood all the great heroes of our past: Achilles, Odysseus, Themistocles, Leonidas… They were all there, filling the thin line, shield to shield and spear to spear, fighting together on that God-forsaken hill. Some even swear off seeing strange apparitions of ancient hoplites and heard their battle cries encouraging them to hold the line.

And against all odds, the line was held by a handful of men…

The town of Kalabaka and the village of Kastraki during the harsh years of Nazi occupation were both burned to the ground. The locals had to rebuild everything from scratch after the war! But despite all their losses, they felt proud. They felt proud because under the watchful eye of their great ancestors they proved to be worthy descendants!

Many great empires came and went in this ever-changing world. Empires once fierce and great in their deeds, now lay wasted and their language long is forgotten. What remains at the end, are the giant cliffs and the memory of my people preserved in the stories passed down from one generation to another.

Discover Meteora and our people’s history by joining a tour!