The Capital of Greece

Athens is the largest city of Greece with a population of around 4 million people, roughly 40% of Greece’s entire population. The city of Athens is the Greek capital with a rich history spanning for more than 3,000 years and one of the most important economic and cultural centers of Southeast Europe. Athens is also the south most capital of Europe’s mainland and in terms of its climate; it is the warmest European major city enjoying over 300 days of sunshine each year!

People have populated the area around Athens since the prehistoric period and the oldest known evidence of human presence date back to the 11th millennia BC. Evidence suggests the city of Athens is inhabited continuously for at least 5,000 years. By the 15th century BC, the settlement grew in size and became an important center of the Greek Mycenaean civilization. During the Bronze Age period, Acropolis was heavily fortified with the characteristic Cyclopean megalithic walls, remains of which are still recognized even today.

By the 6th century BC, following widespread social unrest in the city Solon introduces his radical reforms that eventually paved the way for the introduction of Athenian democracy by Cleisthenes in 508 BC. Athens by that time had developed a sizeable merchant and naval fleet allowing the city to become a rising power in the region. In the Greco-Persians Wars that followed, Athens together with Sparta led the Greek alliance in the war against the Persians. After the Greek victory against the Persian invasion, Athens enters what is known today as the Golden Age of Athenian democracy, laying the foundations for Western civilization.

Athens continued to thrive even after the Roman conquest but by late antiquity following a wave of successive sacks, the city suffered massive destruction and declined. During that period, the first Christian churches were built and the Parthenon was converted into a church dedicated to Virgin Mary. In the Middle Ages and the Byzantine period, Athens was relatively prosperous and the settlement expanded. In 1458, the city was conquered by the Ottomans and entered a long period of decline.

After the Greek War of Independence and the establishment of the Modern Greek state, Athens had only a small population of 4,000 people leaving along the foothills of Acropolis. In 1834, the city was chosen mainly for historical reasons to become the modern capital of Greece.

What to see in Athens

Acropolis and the Museum

For more than 25 centuries Acropolis and the temple of Parthenon dominates the landscape of Attica land. The greatest symbol of the Athenian Golden Age and an enduring symbol of Ancient Greece, democracy and Western civilization. Even today, as you ascend the marble steps it still feels like a pilgrimage continuing for thousands of years. Complete the experience by visiting the new Acropolis Museum. 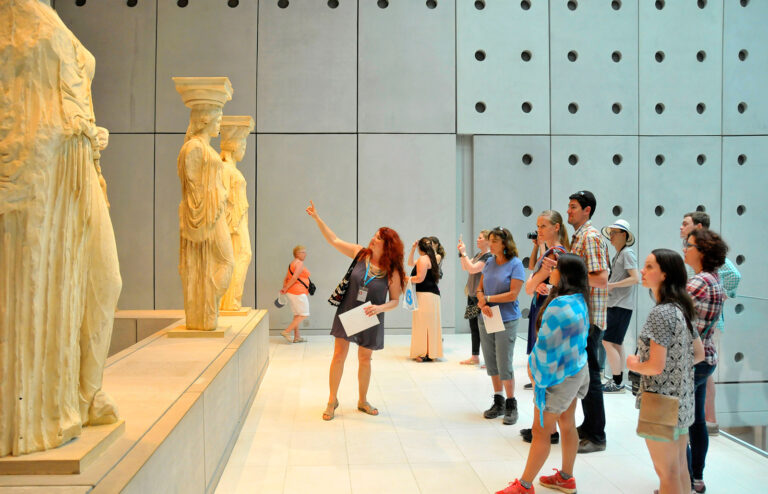 Acropolis and the Acropolis Museum Tour

Follow in the footsteps of Plato and Socrates at the ancient Agora of Athens, located to the northwest of Acropolis. The Agora’s initial use was for commerce, assembly or a gathering place. Two buildings of the ancient period still standing today as testaments to its past glory: the “Temple of Hephaestus” from the Classical era, and the impressive “Stoa of Attalos”, a rebuilt building of the Hellenistic period. 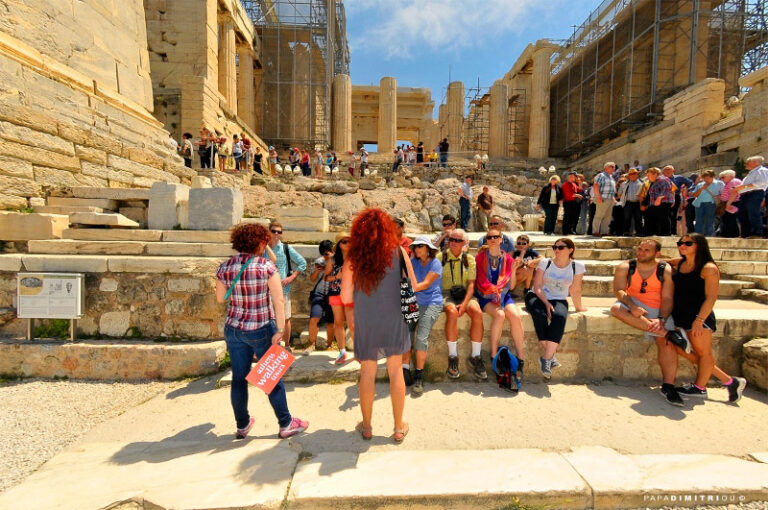 Plaka is among the oldest and most picturesque neighborhoods in Athens. Located right under the Acropolis hill and it is filled with neoclassical buildings, café, taverns and restaurants. Stroll in the narrow streets to get a sense of the old Athens as it was in the previous century. Not far from Plaka, you can find Monastiraki flea market arguably one of the best places for second-hand shopping in Athens, where you can find the top Greek souvenirs to take back home! 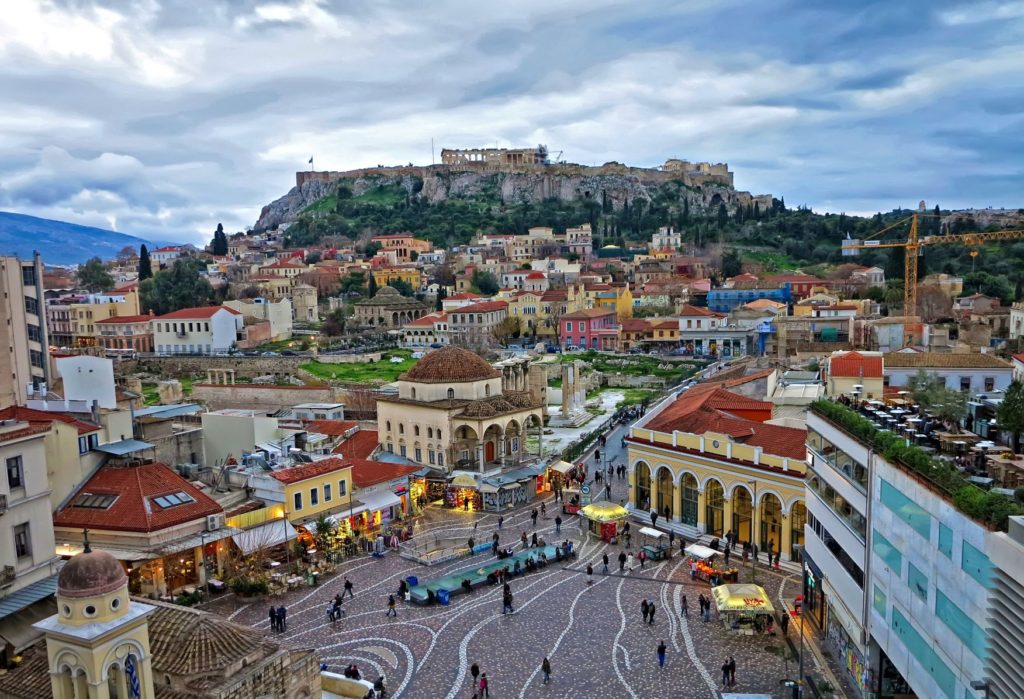 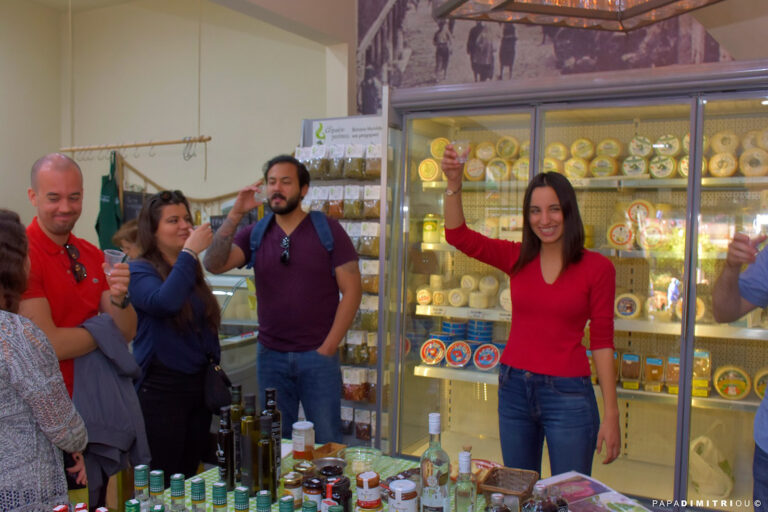 At the southernmost, tip of Attica’s peninsula, where Greek landmass forms a dagger like geological feature to meet with the endless blue of the Aegean Sea the ancient Athenians erected the Doric temple of Poseidon to honor the lord of the high Seas. Cape Sounion and the temple are located an hour drive from central Athens depending the traffic. The best time to experience the temple and the mesmerizing landscape is during the sunset time. 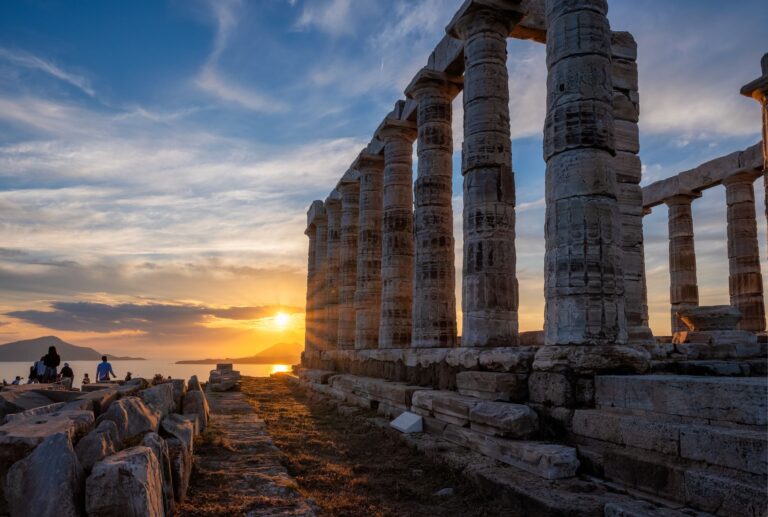 The Museum of Cycladic Art

The Museum of Cycladic Art houses one of the most complete private collections of Cycladic art worldwide, with representative examples of figurines and vases, tools, weapons, and pottery from all phases of the distinctive Cycladic island culture that flourished in the central Aegean during the Early Bronze Age (third millennium BC). Marble carving is the most characteristic product of Cycladic culture, and the abstract forms of its figurines have influenced several twentieth and twenty-first century artists. 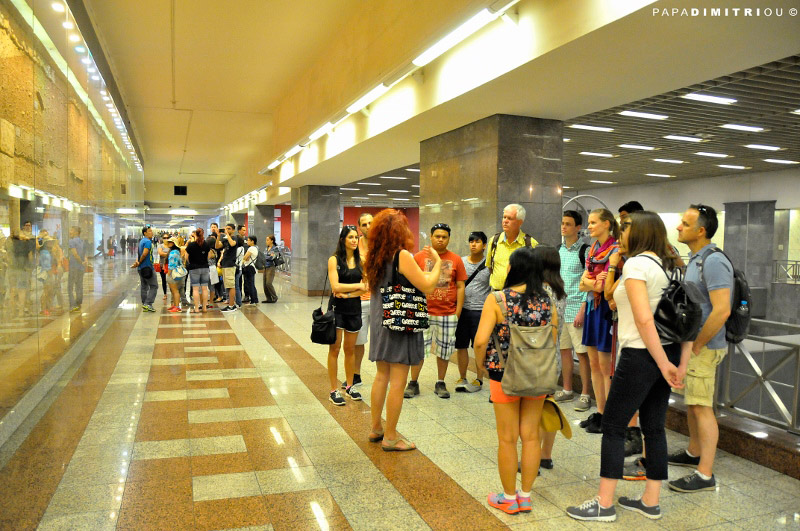 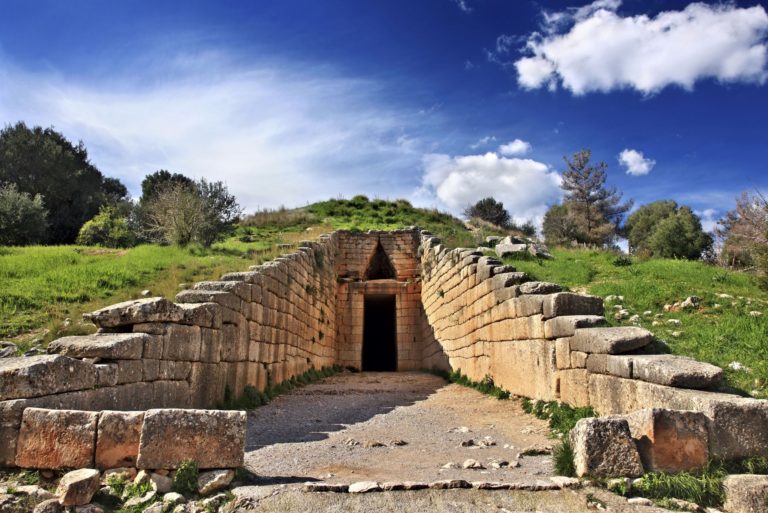 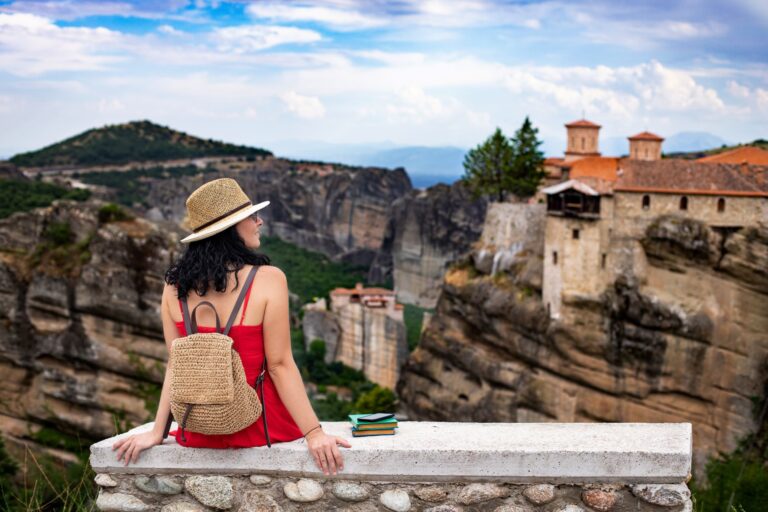