Minyans, the story behind the myths (Part 1)

Home Historical Minyans, the story behind the myths (Part 1) 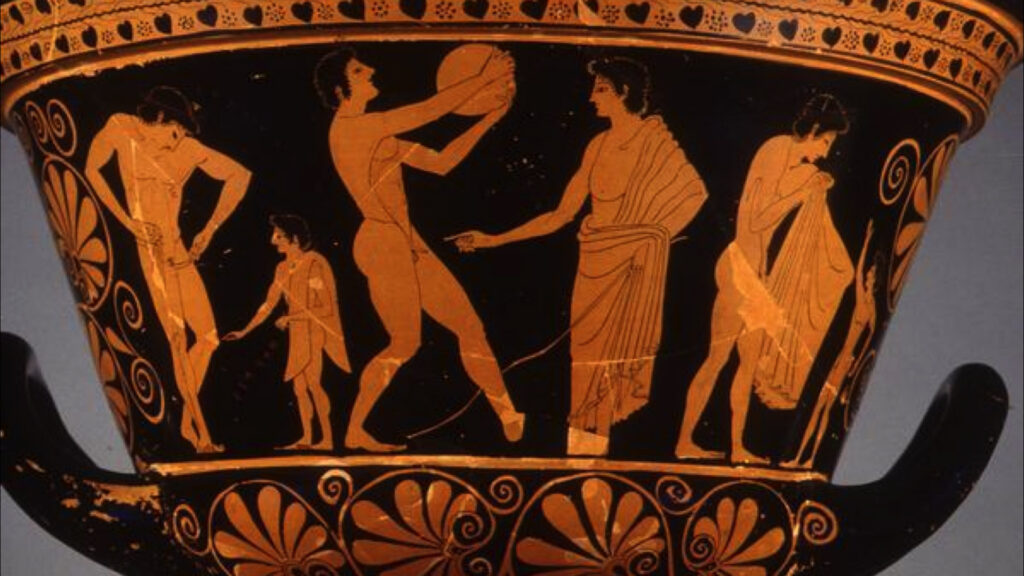 Minyans, the story behind the myths (Part 1) 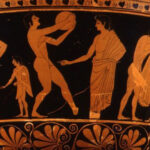 When we were kids, we were hearing stories of great realms, heroes and kings that once existed in our forgotten distant past. These early inhabitants of prehistoric Greece lived and thrived more than 5,000 to 6.000 years ago. A faint memory of their existence survived inside our legends and in the myths. Long before the establishment of the Athenian democracy and the city-states of classical Greece. Many believe those proto-Greek cultures were the Pelasgians, others identified them as the Minyans (1) and some they have no name to call them. Not many things are known today from that early period of our history. Many trace the origins of the Minyans in prehistoric Thessaly of the early Bronze Age (~2,600 BC). 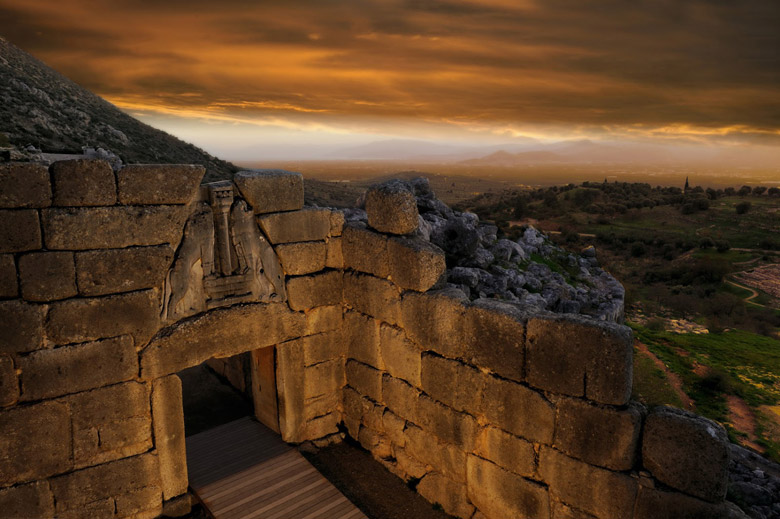 The best witnesses verifying their existence remain to this day the ruins of monumental engineering feats they left behind. Great technological achievements that defy logic, putting into question the established view of our history. Megalithic constructions, vast tunnels, and massive fortifications, all made at a time when based on our current knowledge no form of writing existed in Greece. The common characteristics of all these prehistoric remnants are the huge stones they used and the massive scope and scale of their projects.

The people of ancient Greece at later periods believed that it was impossible for ordinary men to achieve such engineering feats. In their stories, they describe how giants and Cyclops helped them to lift the huge boulders of the Mycenaean walls. Pausanias in his travels during the 2nd century AD he saw and described the ruined Cyclopean walls of Mycenae and Tiryns:

“There still remain, however, parts of the city wall [of Mycenae], including the gate, upon which stand lions. These, too, are said to be the work of the Cyclopes, who made for Proetus the wall at Tiryns. (2.16.5) Going on from here and turning to the right, you come to the ruins of Tiryns. … The wall, which is the only part of the ruins still remaining, is a work of the Cyclopes made of unwrought stones, each stone being so big that a pair of mules could not move the smallest from its place to the slightest degree. Long ago small stones were so inserted that each of them binds the large blocks firmly together. (2.25.8)” (2)

And for that reason, these great fortifications that are found today in many ancients sites of Greece became known in history as the Cyclopian walls.

Minyans and the citadel of Gla.

In my opinion, the most impressive and largely unknown engineering feat of those proto-Greeks, who many call them Minyans, is found around the citadel of “Gla” of Orchomenos. The citadel of Gla has the longest Cyclopian walls measuring in total 3km. Compared to Gla Mycenae’s and Tiryns’s fortified perimeters they both look like insignificant outposts! The citadel of Gla was placed on top of a small islet of a lake called Kopais, a rocky hill measuring roughly 900 m in length and 580 m in width. 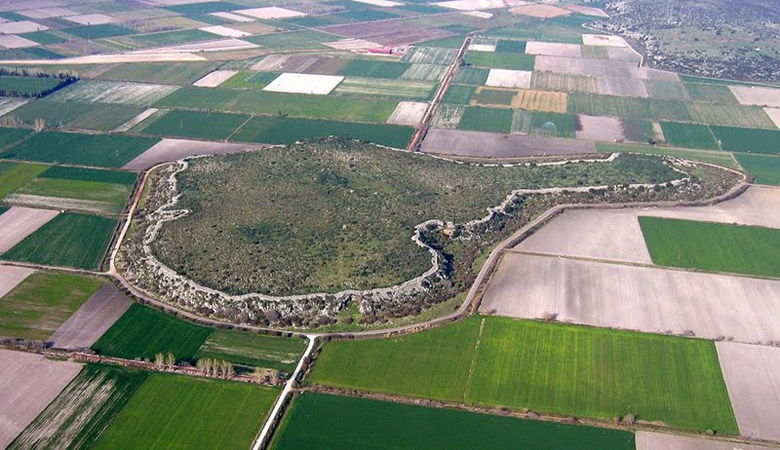 The Minyans not only did they manage to build a huge citadel on that islet but they also achieved to drain the waters of the lake surrounding the islet. A large-scale engineering project of gigantic proportions that transformed the Kopais basin with a perimeter of 70 km (ca. 20,000 ha) into the most fertile plain on mainland Greece! The submerged marshland was artificially drained by means of an ingenious and complex drainage control system which involved course diversion of six rivers and streams from the basin into wide peripheral –and possibly navigable (?)– canals, protected by massive watertight embankments (reinforced in places with Cyclopean revetments and bearing roads on their crowns) and supplied with underground drains and channels leading the water overflow into artificial polders, natural bedrock cavities and sinkholes (καταβόθραι) to the bay of Larymna. (3) 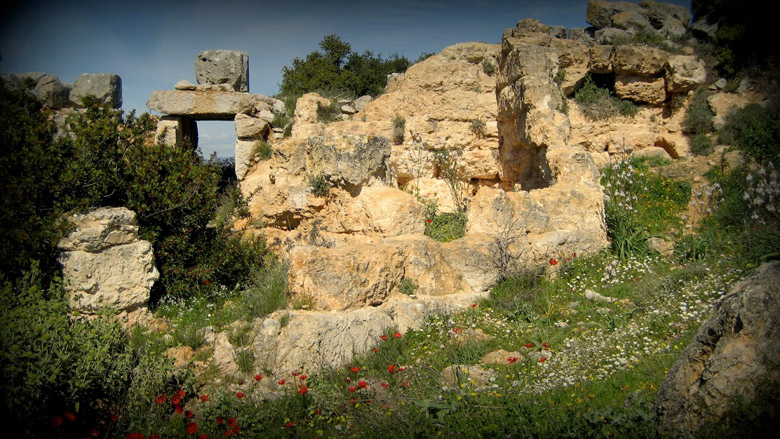 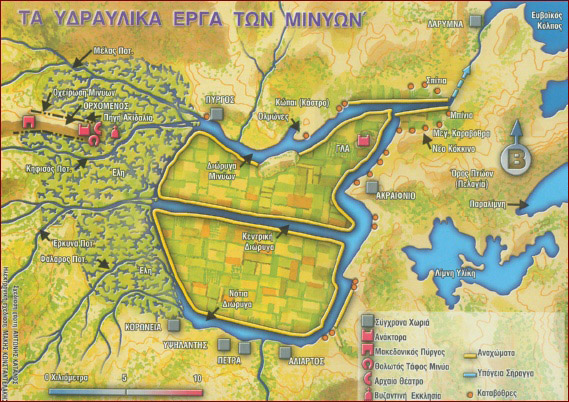 The Minyans also drilled a long tunnel that to this day is the most ancient known tunnel of Europe. It was designed to be 2,2 km long with at least 16 vertical maintenance shafts adjusted along its route. Its main goal was to reinforce the natural underground drains and the sinkholes. Those underground drains and the natural sinkholes it was impossible to access them for regular maintenance and if they were blocked, then the whole plain would flood without warning. So the project of constructing the tunnel was undertaken in order to ensure that the waters will always flow constantly towards the sea in the nearby bay of Larymna. That area once named “Arne” was still remembered as “multi-vineyard” in the Iliad (“polystaphylon Arne,” II 507) and Orchomenos as one of the richest kingdoms of the heroic past (4). 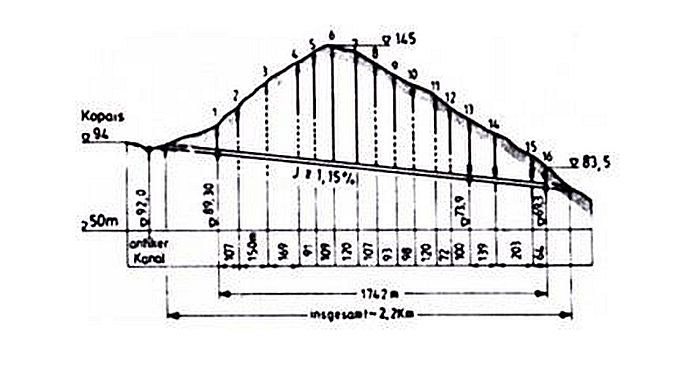 A Greek archaeologist named Theodoros Spyropoulos who did excavations near the “Amfeio of Thebes” and the Minyan tunnel of Kefalariou he estimated that the ancient drainage project probably dates back to 3rd millennia BC! At a much later period and around the mid 13th century BC the citadel of Gla was destroyed and it was abandoned. A century later the waters had reclaimed completely the fertile land of Kopais basin. The myth says that Hercules became the one who defeated in battle the state of Orchomenos, the distant descendants of the Minyans. He achieved his victory by placing a huge stone at the entrance of one of the main sinkholes that drained the lake waters so the plain flooded.

Through the flooding of the plain Hercules denied the forces of Orchomenos the advantage of deploying their powerful cavalry. A fierce battle then took place between Hercules leading the Thebeans against the forces of Orchomenos. The state of Orchomenos was defeated and the citadel of Gla consequently was burned to the ground. After the waters reclaimed the basin around 12th century BC, Lake Kopais was successfully drained again thousands of years later during the late 19th century AD. According to numerous studies performed on the site the modern project had failed to surpass in efficiency the ancient one! 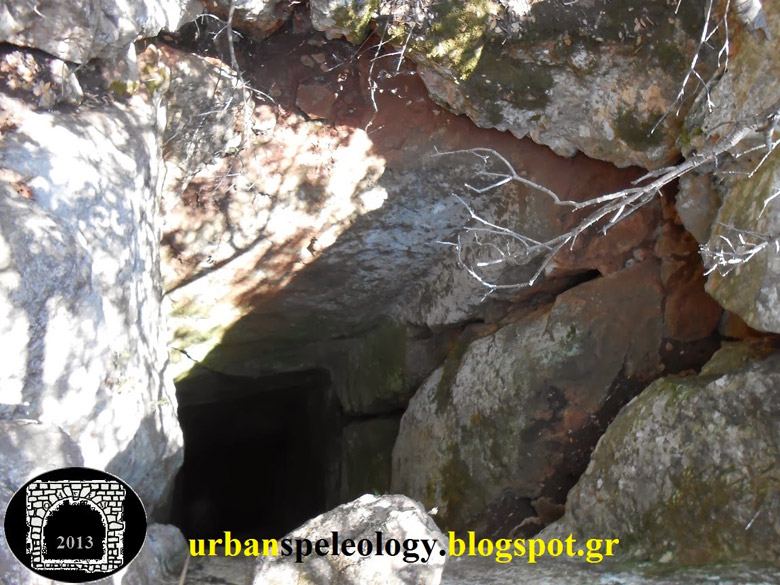 In the second part of this post, we are going to trace the origins of Minyans and their connection to local rumors and legends of ancient tunnels existing underneath of the two oldest known sites of Meteora, the citadel of ancient Trikki (modern-day Trikala) and the old Byzantine church in Kalampaka.

The use of cavalry by the forces of Orchomenos in the myth is yet another clue to the Thessalian origins of the Minyans. Thessaly with its big fertile plain was ideal for breeding horses. Its people were a rare exception among the rest of Greeks in the usage of cavalry. At a much later period, the Thessalian cavalry was even used by Alexander the Great during his campaign against the Persians.